Dear Christian caregiver, there is a discussion we like to avoid.  It is a topic, however, that would be wise to discuss with the loved one for whom you are caring. It would be especially wise to discuss this topic with your loved one if she or he is terminally ill. That topic is death.
My husband was diagnosed with a rare neurological disease called Multiple Systems Atrophy Type C in 2006. At the time of his diagnosis, a time frame of 6-10 years until death was thrown out. Any internet site I visited suggested the same time frame. In actuality, my husband only lived four and a half years after diagnosis.
A few times during his illness, my husband would say that he did not think he had long to live. At the time I thought that those statements were merely depression speaking. This was logical in my mind, because depression can accompany neurological disease. I felt as if I did not want to feed into that depression. I would often say, “You don’t know that. You could outlive me.”
Now I believe that was a wrong approach on my part. I believe I should have openly discussed with my husband his feelings about death. It most likely would have been helpful to him on an emotional level to have talked about this with me. It also could have been the source of some deep spiritual discussions, as my husband was a believer and a child of God. Further, it would have helped me to better know his wishes for the funeral and other matters.  I think my husband may have been more in tune with reality at that time than I. Perhaps I was in denial about how close to death he must be in view of his constant physical declines.
Dear Christian Caregiver, death is not a pleasant subject to discuss; but its reality is not going to go away by not discussing it. Consider discussing these matters with your loved one, especially if he or she brings up the subject. Your loved one’s eventual death is not going to be hastened by your discussion of death with him or her. The date of that death is in God’s hands.
Unless dementia prevents it, I would strongly suggest having an honest and open discussion with the loved one for whom you are caring.  Openly talk about his or her eventual death. Remind your loved one that the process of dying is not something anyone would choose, but we will all experience it unless Jesus returns first. Also remind him or her, however, that death for the Christian is merely a gateway to heaven and being with the Lord. 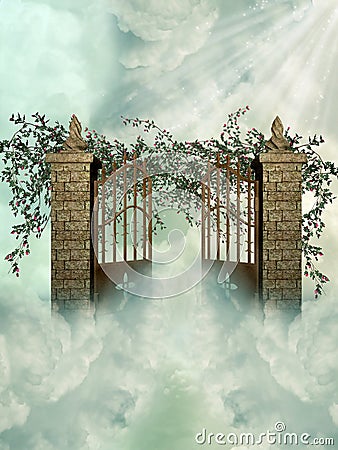 If you would like to contact me personally for any reason, click on my e-mail address above. Links to the order page for my book at Amazon are below the picture of my book. If you desire you can also get a signed copy of my book from me personally by contacting me by e-mail for specifics.


This is the link to my book DEAR CAREGIVER Reflections for Family Caregivers! This link is to Amazon. My book is also available online at Barnes and Noble and Xulon, my publisher. Amazon has a Kindle version as well as paperback version, and Barnes and Noble has a Nook version as well as a paperback version.
Once again here is the Amazon link to the order page for my book:
http://www.amazon.com/Dear-Caregiver-Sharon-Vander-Waal/dp/1629524263/ref=sr_1_1?s=books&ie=UTF8&qid=1401458206&sr=1-1&keywords=Dear+Caregiver